The engineers and support staff working in the NOC needed instant access to multiple testing tools, monitoring tools, and all the related documentation. Multiple systems were in use, configurations were complicated, and there were SLAs (Service Level Agreements) to be considered.

I created a single-source (HTML/Word) set of troubleshooting guides for the NOC techs which were also available via this portal. A tech could walk through any troubleshooting procedure on the intranet. The decision trees were clear and next steps were highlighted (as links) to the next set of procedures.

This was important for clarity in training new techs and in meeting the corporate SLAs (Service Level Agreements). The basic methods I used were subsequently copied by four other groups within the company. 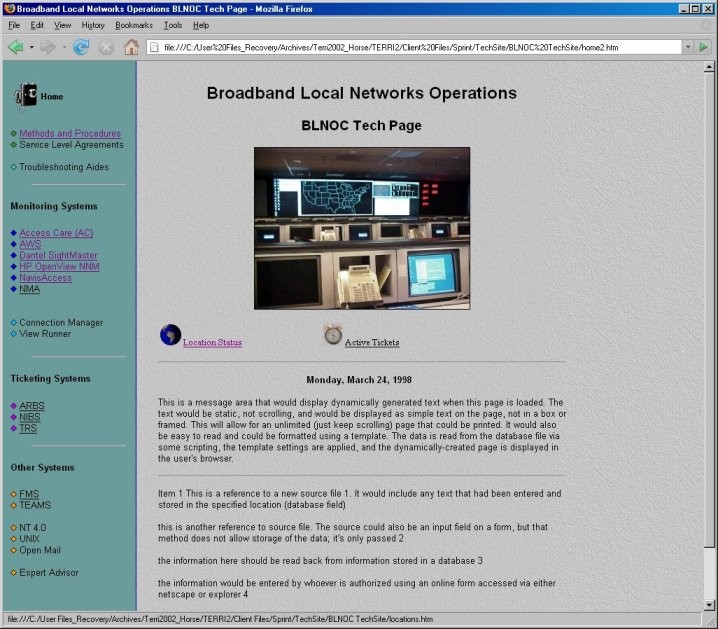 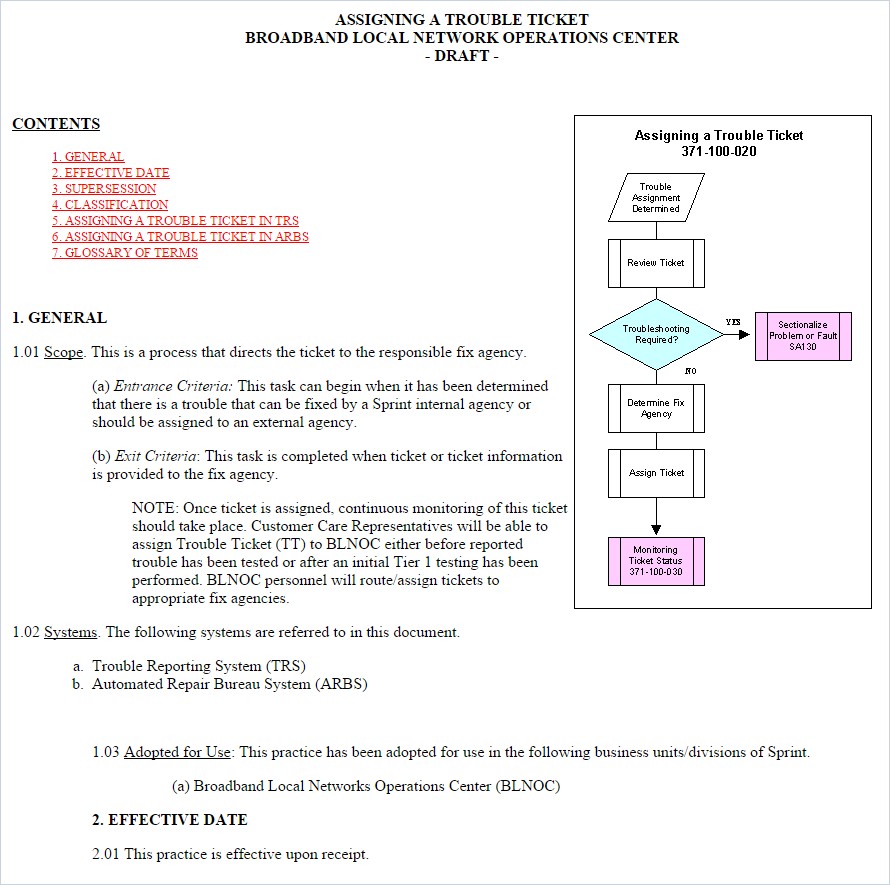