The corporate CIO wanted to establish portal within the company SharePoint environment that would provide access to all the major documents produced by the IT organization. He wanted to combine that with a working governance model using well-defined metadata to tag and classify the files.

His Senior VP asked that the portal be designed using a functional model and conform to their federated system.

An ISO 38500 compliant governance model was created that included customizations to reflect the specifics for the IT organization. A complete taxonomy and metadata system was defined to correlate with the governance model. Custom content types were created and deployed in SharePoint for tagging new and existing documents.

The portal utilized a regular, secured structure. Queries were developed using Quest web parts to establish pointers to specific documents identified via the defined metadata. This allowed the CIO instant, consolidated access to all documents produced by his organization from a single portal — without copying any files. 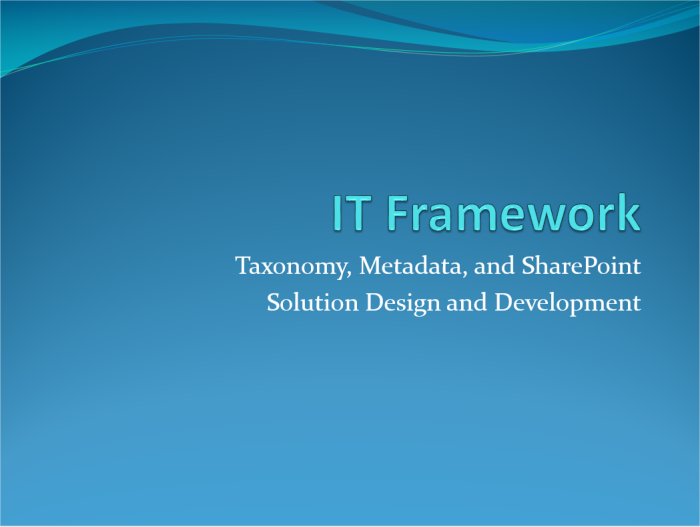 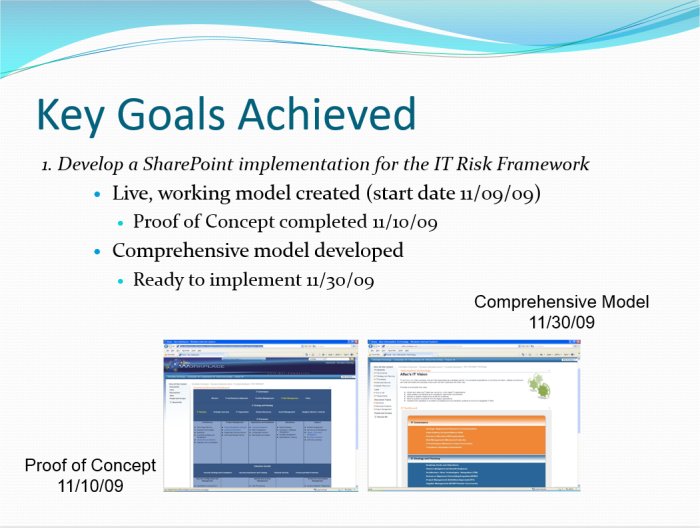 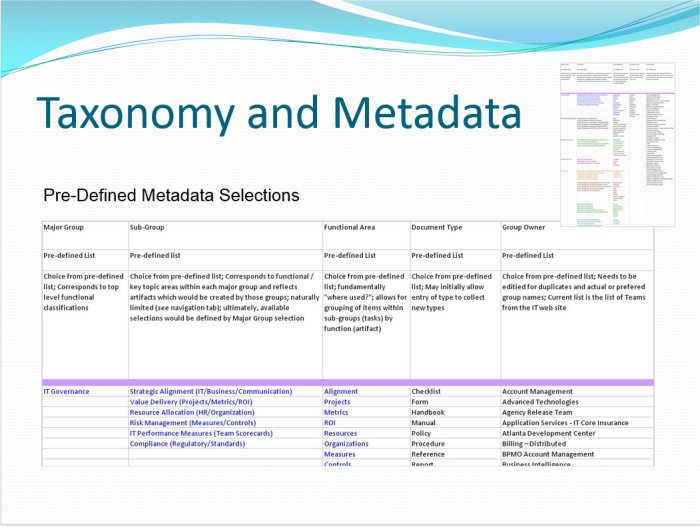 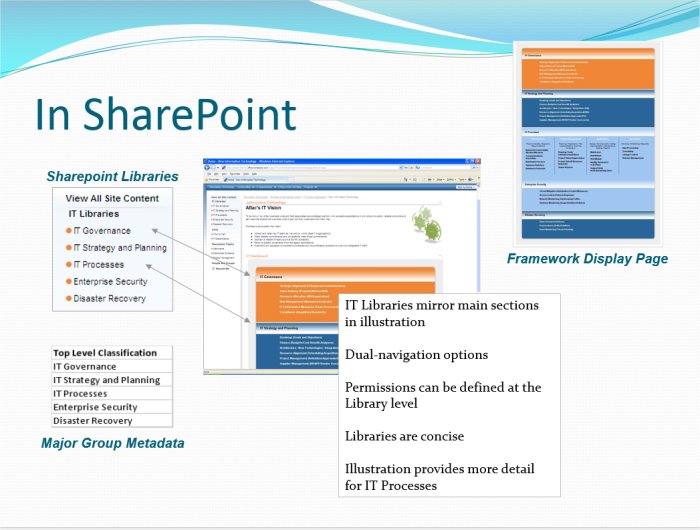 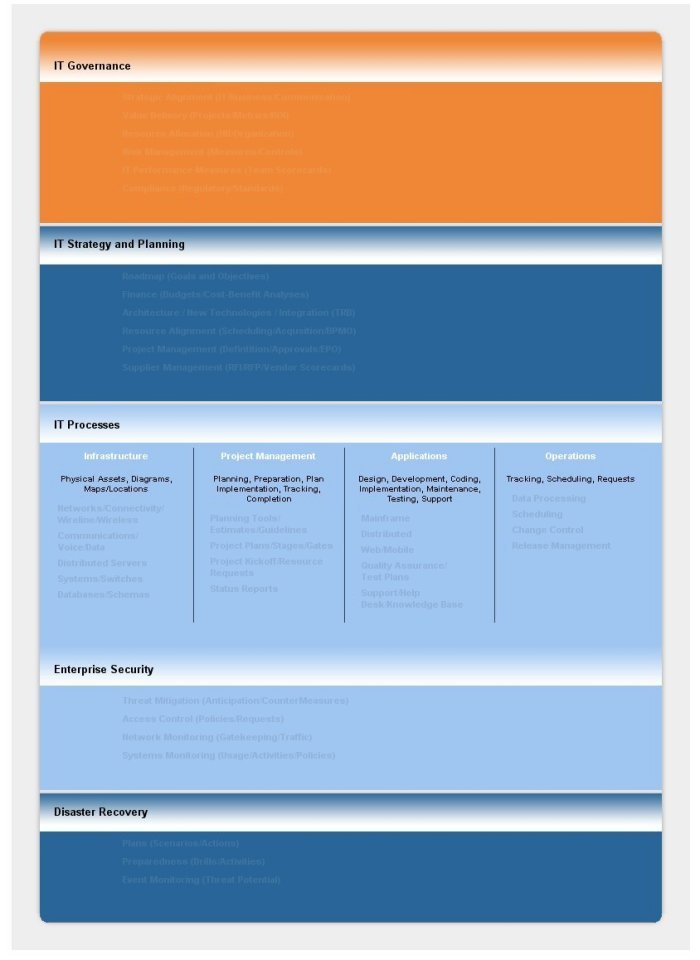